Semir was born in Podgorica, Montenegro in 1972. As a young boy, he took an interest in Judo because it was a newly emerging sport with Japanese origins. He turned out to be a natural at the sport as he participated in many juniors and then senior championships across Europe, which led to his successful sporting career. He retired in 2009 as a three-time Olympian, three-time European Medalist and three-time World Army Medalist.

In 2016 Semir (with Roman Garai) founded the UTS Judo Club to share his experience and knowledge that he gained from his career in Judo spanning more than 25 years. UTS Judo Club was formed with the idea that anyone is welcome to join. With six coaches that specialise in coaching kids to high-performance judo players, UTS Judo is a place for everyone to learn.

Semir is the heart of our school and guides its teaching. With his extensive years of judo experience, he knows what students respond to and what results in success. Semir is dedicated to expanding the knowledge of judo across Australia and helping children and adults master their bodies. We are so proud to have him represent us.

“Judo taught me that I am capable of anything… I can mentally push past anything and be victorious”. 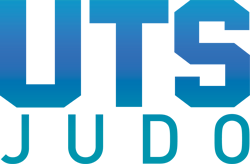 At UTS Judo, we are not just about our judo matches. We are passionate about Judo, and how it will change your life, provide children with greater purpose, self discipline, and strength of character. We believe in our students and that through our efforts, we can help build a healthier, more responsible generation through the discipline of judo. We teach skills and values that will help you for years to come.